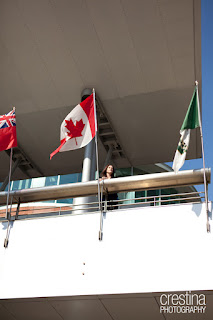 Another article about the War on Drugs and its terrible toll got me all tense and irritable.


Why do people take drugs?
Because they are looking for something.
Maybe they are profoundly unhappy. Maybe they are bored. Maybe they are afraid. Maybe they want to feel better. Maybe they have an intense, curious desire to try everything in life. But the first time they try a drug, the first time, there is a reason.
They are looking for something that Life alone isn’t giving them.
It’s not a crime against humanity to numb yourself to life’s awfulness, mundaneness, irritating sameness. It may be an immature approach to coping, but in what other ways don’t we legislate that right away? (alcohol, watching wrestling, strip clubs, sedentary lifestyle) It may do health damage, but in what other ways don’t we legislate that right away? (alcohol, tobacco, sex, driving cars, skydiving, overeating, living near chemical plants). Why can I harm the common good this way and not that way? Why can I drown my sorrows in alcohol but become a criminal when I light a joint? It’s a very old question. I’m still waiting for a good answer.
If we really want to stop, reduce or curtail drug use, we need mechanisms to help each individual person find what they’re looking for without drugs. Otherwise, they will use them. We can round citizens up and pay for their jail terms and the rest of their lives on social assistance because they can’t ever get another job with a record. Or, maybe, we can begin to address the high levels of stress and unhappiness boxing people in through the poverty and over-work running rampant through our neighbourhoods. I believe that money would be better spent on wide-scale outreach that meets people where they are and supports them take the next step to where they want to be, instead of judgment, jail and a lifetime of punishment for pasts that can’t be changed or altered no matter what the level of penitence.
If we ever want safe streets, we will need to support and help our fellow humans in learning to be people who make choices conducive to peaceful coexistence. People can’t make different choices when we remove all their resources and close off their opportunities. All they can do is suffer and cost us money. Mr. Harper knows that. He has been presented with more than ample evidence - I was there. So I am left to conclude that he does not want to actually reduce the future criminal behaviour of drug users as much as punish them for an immature coping strategy with a lifetime of stigma and pain that likely leads to more drug use.
I feel unsastisfied with this conclusion. I stubbornly refuse to believe that any group can become the top policy makers in a country like Canada and still be the kind of people who ignore evidence, drown out debate with derision, and steer this country after the U.S.S. Sinker over the waterfall cliff it’s poised upon, brought down by the very strategies Canada is now employing. In the face of all evidence, I want to cling to my belief that the people in government have my best interests at heart, that they won't go too far in tipping the scales to their best friends. I'm beginning to suspect that they count on my desire to give the benefit of the doubt as a means to end my cognitive dissonance. I'm beginning to suspect they laugh at my naivety.
I want to believe in my government, the leaders of our democratic nation. The more deeply I look at Bill C-10, and the larger-scale strategy that feeds both the bill and the War on Drugs, the more I feel troubled and afraid.


(Doctors are starting to speak up. Check out this CBC story)
Posted by Cheryl (@MrsWhich) at 10:35 AM