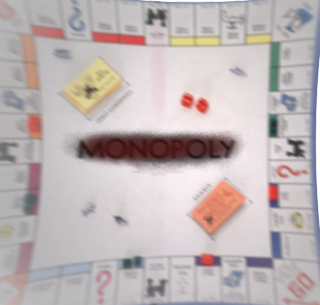 I love my middle class life and I'm terrified that all my mucking around in the world is taking me into dangerous waters, eroding my tolerance to subjugating my particular, unique and specialized genius to the limited and difficult things that people want to pay to have done.

Because it's not easy to live a simple life in a land of plenty. To send my kids to school and not participate in the birthday parties because we can't afford the gifts, or the extra curriculars because we can't afford the equipment or the bus cost or the uniform or whatever extra cost is tacked on to every activity at school. These little reminders of what you can't afford poking you every week as another obligation comes in the form of a photocopy from school offering something your kids really want to do.

I have heard and collected stories of working families. I know the feeling from the bottom of the soul-moments I shared with other humans who face their kids tears every week over the costs many people just gloss over. Hard working people, caring people, people who make sure their grandmother is cared for and their kids have good dinners and never let anyone down. Women and Men who just want to do the best thing to help their kids and their families be happy, but can never have a moment to think about their own happiness. And despite that, they don't have enough money to participate fully. They just scrape by every day.

I don't want to be there.

There are no longer choices on how to live in North America. We are forced at every turn to participate in the economic system that the Big Owners built around us, by the increasingly regulatory approaches of governments who want to live like kings. Prices are going up because we are realizing the costs  of our resources. That will only increase. But profits must always grow, so that means the cost comes only in price, deepening the gulf between the people who own production and the people who produce. It can't just go on like this. But our governments don't even notice that it's a problem. They see the solution as getting more producers to produce more by giving even more of our resources away even more cheaply. Growing employment thus becomes growing slavery, because people must be employed just to eat, only because the government made bad deals on behalf of the people in the first place.

Our entire political system has become a game of control, not a governing body.

Each side outlines its platform. Then they stand up and fight for it. There is no excited, interested, curious and open probing of each others' position, no seeking of the common ground. When someone tries to stand up, the government uses a rule, or makes one, to slam them down. Then they congratulate themselves on a well-played move. When the government states a goal, opposition parties attack the way they are going about it, rather than finding a way to discredit the unworthy goal itself. Then they congratulate themselves on their cunning attack. It's annoying to watch. These people should go play chess or something and leave the governing to people who want to work for the long-term, common good. Remember that?

There are super-hero politicians out there. There are. Elizabeth May is one in Canada.

I like my local MP, although he is a Conservative. I've met him several times and he seems thoughtful, careful, but willing to pay attention to the reality on the ground. I think he does understand that he is in a game. But how could he affect that? I imagine, from his point of view, he sees his job very differently than I do because he's been told by the people who pay him to see it that way. I imagine he can't see any way to change the game and believes that only by playing it can he achieve the small victories possible for his riding. He's probably right.

Moves and counter-moves, plays and counter-plays. It's not about achieving an outcome. It's about setting a course and forcing it down everyone else's throats by winning at twisting and skirting the rules, or cheating when necessary. It's just a big game with real-life consequences that never touch the players.

We know there are better ways. Occupy is just one umbrella of many movements working away, like viruses in the system, re-writing the codes at the community levels and pioneering approaches to large-scale democracy . The field of community engagement is joining with the field of digital interactive media. Complacency can be eroded, bit by bit. The most important thing is allowing ourselves to believe that it is possible to achieve a good quality of life for everyone.

Because if we don't believe it's possible, we can't ask our politicians to believe it. They don't. They aren't even on track for a better way to engage in wide-spread democracy. They're too focused on their next move. We need to know what we want, know what we deserve, and ask the people we trust with our resources and regulations to give us what we want and deserve. All we can do is teach them and maybe in a few generations, the ship will begin to turn.