Hand-wringing (because what else can we do?) 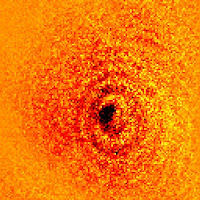 These human bodies are precious, impossible things, each one built from scratch using available materials, each one designed to contain one flame, one lick of spirit, caught and held up like a glass jar to be observed and experienced. Each spirit using its exoskeleton to interact with other incarnations and navigate the physical world around it.

Bodies built of cells built of molecules built of atoms built of sub-atomic particles built of energy, designed and assembled by the energy transforming itself over billions of years. To now. To this opportunity for experience. To this chance to be a human, in a body, alive, awake and aware in a word of wonder.

Everything it's taken to get to here, and we still can't see the value in each one. We stand by. We let the crazy power-distorted half-humans use the power at the disposal of their bodies to decide what happens to all the rest. How is this possible? You would not allow it. I would not allow it. But we allow it. We cannot see what to do, so we do nothing.

Even if we eliminate the crazy power-distorted half-humans perpetrating the atrocities of the world, more will spring up. The human animal is not capable of governing itself in peace. But why not? At this point in our knowledge of how to manipulate our environment not just for survival, but for ease, we should be equally mature in our social development. But we're like Lord of the Flies with bombs, missiles, chemical weapons, guns. Where are the simple checks and balances, and the ongoing cycle of democratic dialogue that allows them to continue serving their purpose? Where is the basic agreement that peace is desirable and every life has rights?

I don't know how to reconcile myself to this without becoming numb or nihilistic.

We are the only known keepers of the consciousness of the entire universe. And we are fucking it up.