I'm trying to read Stephen Hawking's Brief History of Time (which, I'm sorry to say, is not particularly brief). I smiled at his pride in the Forward, that he had made this information so accessible. Mr. Hawking is so beyond my complexity that he may not be able to comprehend the simplicity of my mind. I keep thinking I'm following his train of thought, when suddenly, he says "of course..." or "but obviously..." and I realize I'm just seeing the ghost of that train, some steam it left behind. 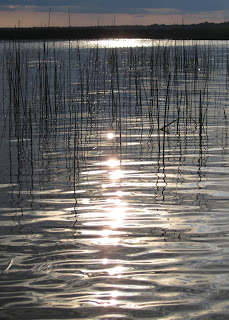 Maverick tried to explain about particles and waves. He said:

There are no drops in the ocean, just water. Drops get created when the water is temporarily broken up, separated, by an external force, like wind or a whale's tail. Energy is expended, and a drop is isolated. Or energy is expended and a wave is isolated. It’s still water, regardless of the temporary shape taken by isolating a part. It's still ocean.

Is the drop more isolated than the wave?

Fine. I guess it's...a less powerful being. It has less chance of causing other exchanges of energy, other actions. It doesn't have the whole ocean under it, pushing it. The wave's not really separate, it's attached, while the drop is not touching any other water, it's just...collected on itself, sitting there, waiting for something to happen to it. 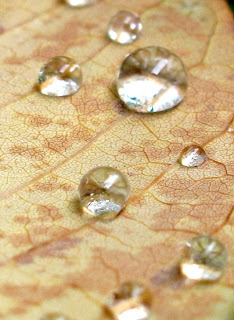 Hey! I thought we were talking about science!