Strength in the moment 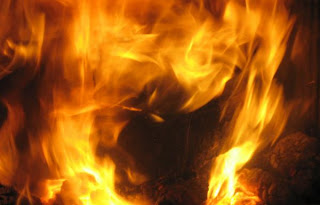 I imagine a spirit, a wild, giant, savage thing, dancing like a flame. A spirit, beautiful and terrible. A spirit, accustomed to power and omnipotence, expecting to be free, suddenly finds itself trapped in a very small, helpless bio-mechanical container, unable to flow beyond it.

The spirit lies at the mercy of large and unintentionally brutish people with very specific expectations and confusing rules. Its body has demands and requirements for which it is entirely dependent. The spirit discovers itself subject to pain, discomfort, coercion and force. Its cries and thrashing are ineffective. It also experiences comfort, love, pleasure, wonder, curiosity. It leaps with joy when it recognizes itself. It rails against what it doesn't like. It has no idea why it's here.
My son's spirit made itself known yesterday morning. He tranced out in the bathtub, his eyes kind of staring while he squealed, not unlike a dolphin. Normally I ask him to stop when he gets into repetitive, grating noise. Yesterday we had a bit of time, so instead I caught his eyes and smiled encouragingly. He kept making high, keening noises with more confidence.

His squeals were strangely like the language of a frightened, questioning creature. Behind his eyes I sensed his spirit thrashing. I felt he was fighting to stop his body from just exploding out in force from every limb with the strength of what was inside. That spirit wanted out. And if it couldn't get out, it wanted to hit and bang and flail. I saw the tremendous strength he uses to keep it in. He couldn't hold still, but he was keeping it together.

It's no wonder he so often loses control. It's no wonder he seems so serious and stressed sometimes. Holding in such a spirit, all the time, with few acceptable outlets to clear the exuberant rushes and only four years of experience to work with. Maybe he even feels like my love might be conditional on success.  I know I get impatient with him, hush him, hold him to the highest expectations I think he can achieve in a moment. Does he interpret that as conditions for love? Does he live in fear of losing control of that spirit? Am I doing to him what I did to myself?
I put my hand on his arm. I continued to use my eyes to hold his, encouraging him, nodding as if his squeals were words. And they were, in a way. I heard his confusion with this world, his hope for my love. He turned slowly and his voice rose, his finger pointing to my daughter sitting in the tub beside him. I heard his rabid jealousy tearing him in two because of his love for her. I heard that he wanted to be my only love, that he didn't believe I could love him completely and love her as well.

My eyes filled with tears. "I love you," I said and held open my arms. He slumped forward across the tub, his cheek on my chest just above my heart and water dripping down between us. I held my daughter's hand in the water, and met her eyes while I stroked my son's head. They were quiet.

I lifted him out of the bath, standing him up, and he came back to himself. "I can dry myself, mom," he said insistently, taking the towel from my hands. And he did. 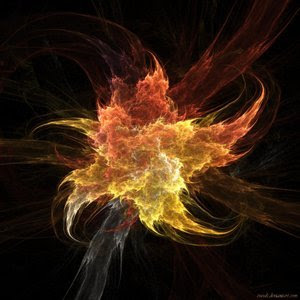