Can I take you back in time a couple of decades? I want to talk about employment relationships.

When I started working in Human Resources in 1994, things were different. At the time, employment case law in Ontario was very employee-centric. Poorly performing employees were getting crazy severance packages exceeding a year's salary, and the higher-paid the employee, the more they would get. The courts were finding in favour of employees most of the time. Courts ordered employers to pay for education and outplacement and provide letters of reference, even when poor performance was well documented. Some employees were even getting reinstated by the feared Human Rights Tribunal. Employers were conscious of employment standards regulations and concerned about any complaints. 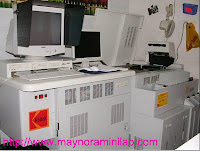 My organization was a family owned light manufacturing firm with 10 plants across Canada. These plants received, developed, printed and delivered photofinishing to retail outlets across the country. You know, when people took pictures on rolls of film and waited with baited breath for them to come back in envelopes on actual photographic paper before they found out they had put their thumb in front of most of them. Back then.

We had over 600 employees. About 250 were full time (35-40 hours guaranteed), 200 full time reduced (24-35 hrs/wk guaranteed) and the rest "seasonal" or part time (no guarantee of hours, but usually full time in the summer). All full time and full time reduced employees had benefits. Most of our seasonal employees were students, since summer and the week after Christmas were our busiest times.

We paid above minimum wage, but not much - we were just below the industrial average for light manufacturing unskilled labour. And yet, we had never had a hint of a union at any plant.

What we had going for us was Relationship.

We were conscious of unions and wanting to maintain a direct relationship with our employees. Our VP said, "you get the union you deserve, so we're not going to deserve one."  We lived by that in our policies and approach. We cared to care about them, and in return, they didn't need to turn to a third party. At the same time, I think everyone understood implicitly that a plant that unionized would simply be closed, its work shuffled to the nearest province.

Regardless of whether it was love or fear, we took care of our employees. We scheduled shifts to allow them to take classes or pick their kids up from school. Every year we had to lay off people from February to May, and October to mid-December. We would let them know it was coming, ask for volunteers, and then do rotating 13 week temporary layoffs with full benefits, usually able to limit the layoff to those who volunteered. Many of our older ladies looked forward to this time off, and often spent it in Florida with their early-retired husbands. Parents planned their family vacation time around it. Moms knew they could be home for March Break. Students went back to school knowing they would get hours over Christmas and they'd be welcome back the next year.

Most of our summer students were related to employees - children, grandchildren, nieces, nephews. The students knew they represented their families and they worked hard. We interviewed any internal candidate for any role, even if they weren't qualified, and helped them with a plan to get qualified. We posted all our jobs and took internal referrals first - we hardly ever advertised. Most of our promotions were from within, including me - I had worked in a retail photo lab through University.

Our company-paid benefits plan was the most generous I've had in my career. We split the difference on pension types, with the employees contributing to a defined contribution savings plan, and a matching employer-paid portion (up to 3% of salary) going into pension. We had service awards from 1 year to 35 years, and they were presented at the company-paid Christmas Gala (yes Gala) with fanfare and even roses for the ladies. Every employee got their birthday off with pay, and a birthday card signed personally by the President, Vice President, HR, the employee's manager, the employee's supervisor, and the employee's co-workers (you can imagine what that was like to administer every month!). We held extravagant summer picnics. We had a lottery where you could win a week off with pay, every month. We gave everyone a turkey (gift card) and a Christmas Card sent to their house with their Christmas Bonus (usually a week's pay).

That's all gone now, and not just because of digital photography.

The employment law environment has changed. There are no Human Rights officers - a complaint can take several years to get heard. I myself was called as witness in one case that lasted for 3 years after I'd left the company. Employment Standards has out-clauses that the courts have chosen to give credence, like stretching the definition of a "manager" and an "IT Worker" (one of the most exploitative changes that came in 10+ yrs ago). Settlements are hardly worth the lawyer fees, and employers breach standards left and right since it's a complaints-driven system, and everyone's happy to just have a job. If employees say anything, the employer apologizes and moves on. The employee gets caught in the next layoff round.

A fully company-paid benefits plan is much more of a rarity today. And coverage - where you used to get $300 it's $150, with a $25 deductible, based on 2-year-old fee guides. Pension? No way! Service awards? Employees don't like them anyway, and besides, they're taxable. No one is irreplaceable. It's good to cull the bottom 10% every year, it keeps people on their toes. Loyalty? Give me two years when someone's hungry over 10 years of plodding. We're short this quarter, we'd better lay off a few people.

For the past twenty years, the employment relationship has been systematically chipped away, eroded thread by thread. Like a cancer, the employment contract took over and reprogrammed the DNA until it was no longer human. In the private sector, people lost their foothold, their benefits and their pensions, with each new year of hires no longer eligible for the "grandfathered" plans of old. For twenty years, these workers have been programmed to understand that there is no "relationship" - you pay me, and I do what you want done for the hours you pay me. I owe you no loyalty, and you offer me none.

They no longer think you should have it, either.

As we enter a time of great upheaval in the public sector, spurred not only by economic circumstances but by the change in employment circumstances that is now arriving at their doorstep, I brace for the inevitable clash of cultures, ideologies, definitions of "fairness" and GOBS of WASTED MINDS and RESOURCES about to be spent "fighting to keep what's good" and "fighting to force what's fair." All the "why should I's" already deafen me.

It is inevitable. The workers of the private sector will not stand by and watch their taxes increase to pay for anyone's guaranteed pensions when they know they will have none in their own retirements. They will not settle for cuts to services that allow job security and extra holidays for people they pay with their tax dollars.

And the public sector workers and unions will not settle for losing everything they've fought for. They won't be brought down when we should be trying to rise up!

It will turn us against each other just when we need to stand together and win back the employment relationship for everyone.

This can only go one way or the other. Either the public sector loses what it has that's better than your average private sector worker, or the private sector is forced to reinstate something like an employment relationship so people can have some measure of security. Which will come first?

The way I see it, the sooner we level the playing field, the better. Frankly, in the short term, I see the loss of public sector privileges over private sector workers as inevitable. And then what? We will have spent ourselves, only to lose another battle that's taken up years of our time. We will be worn, demoralized and, as always, resource poor.

I think we need to stop letting this be about public and private sectors at all. Maybe the public sector doesn't need to fight for itself, fight to keep what it has. That's a defensive position. That's letting "them" frame the debate. Maybe the public sector needs to help us all fight for the very idea of an employment relationship, for everyone, even outside of the protection of unions. Raise and evangelize the very notion that employers and employees do owe each other something beyond the moment of their immediate usefulness.

(unfortunately, it's hard to lead from a position of privilege, as any community developer can tell you. You tend to lack cred.)
Posted by CAI (@MrsWhich) at 4:58 PM